Walk through the unspoilt countryside of the Sheep’s Head peninsula in West Cork in the southwest of Ireland, between Bantry Bay and Dunmanus Bay. Sheep’s Head comes from the ancient Gaelic, “Muintir Bháire”, the people of Bháire, an ancient tribe. The Sheep’s Head Way is a walking route of beauty and peace, taking in amazing seascapes and high cliffs, the remains of an old copper mine, a blowhole, stone circles, standing stones, a Napoleonic signal tower and numerous old churches. The sightings of dolphins and whales may even reward the most patient ones off the headland’s westernmost tip.

Arrive by scheduled bus service from Cork to Bantry. Lying sheltered behind Whiddy Island, Bantry is southwest Cork’s market town and an ancient port facility. The deep waters have hosted a succession of fleets, French, Spanish and British, which add to the good looks of the natives. In order to make the best of the walking route, your first night is spent 5km from Bantry at the start of the Sheep’s Head Way.

The route starts on small farm access lanes from Dromcloc Farmhouse and climbs one of the mountain roads that cross the peninsula. At the top, it is out onto the hills, a glorious ridge walk through sheep grazing country to 223 m, before descending to Glanlough and Seamount Farmhouse.

The ridge walk continues over Gouladane, from where you can descend to Gortnakilly or continue on the ridge to Seefin, the highest point of the peninsula at 345 m. Take a rest at the Seefin Viewpoint, situated to either side of the road as it passes over a rocky ridge, two laybys offer attractive views in either direction. The walk finishes at Kilcrohane village. Your host will transfer you back to Glanlough.

Your hosts will take you back to Kilcrohane. The Way follows the exhilarating coastline of the western end of the peninsula through ruined villages and the Gortavallig Copper Mines, a Victorian-era mine for copper driven in from the cliff face at Gortavallig. Enjoy a hot beverage in Bernie’s Café at the edge of the world. Your host for tonight will collect you at this point and transfer you to Reenmore.

Morning transfer to Tooreen. Walk to Kilcrohane along the southern coastline of the peninsula. After the initial climb to the remains of a 17th-century signal tower, today’s walk is on lower ground through farms and townlands to return to Kilcrohane village. Afternoon transfer to Reenmore.

The route follows old paths and driving roads through hillside farms to Durrus, the largest village on the peninsula. A number of Neolithic monuments in the area at Coolcoulagha and Dunmanus indicate that a significant pre-Celtic population existed there: standing stones, wells, burial grounds.

Leaving the seascapes behind, the route follows the Four Mile Water valley before climbing through the forest to Barr na Gaoithe, the Top of the Wind. A short climb completes the hillwalking before descending on minor roads to Bantry town, through the grounds of the majestic 17th century Bantry House.

Accommodations on this tour include a mix of welcoming B&Bs and guesthouses. They have been carefully selected for their location, atmosphere, cuisine and/or unique services. All rooms are en-suite. Note that it is sometimes necessary to accommodate you a short walk away from the trail itself, as there is not always suitable accommodation close to the trail. Details will be given in your pre-departure info pack.

Breakfast is included on all days. When no restaurant location is available on the route, lunches and snacks should either be bought from local shops, or packed lunch can be pre-ordered from your hotel the night before. You can have dinner at the guesthouse you are staying at or at the village inns and restaurants.

This itinerary is suitable for those walkers who do not have much experience of covering long distances, with average levels of fitness and in good health. The terrain is varied and includes old boreens (a Gaelic word that literally translates as ‘little road’), open grassy and heathery moorland, field paths, quiet country roads and some short stretches of woodland paths (read more about difficulty grades). The routes are waymarked*, and the itinerary is easy to follow. We strongly advise you to follow only marked trails and never try to shorten the path through the unknown and unmarked terrain. We will provide you with detailed road notes and maps, and you can call our 24/7 local assistance phone number anytime. More detailed info on route navigation will be included in your holiday information pack.

*The Sheep’s Head Way has its own logo, showing two sheep locking horns. This was taken from a carved stone which is passed near Bantry by walkers following the route. The stone is also notable for showing the earliest surviving representation in stone carving of a boat in Ireland. One of the features of the Sheep’s Head Way is that the waymarking has been accomplished using oak posts and stone markers in keeping with the natural surroundings of the peninsula.

This trip is available from early April till the end of October. The flexibility of self guided holidays means that there are no fixed dates, and you can start your trip on any date during the season.

Our recommended airports for this tour are Cork (ORK), Dublin (DUB), Kerry (KIR), or Shannon (SNN).

Our travellers rate our Ireland holidays as 4.9/5 based on 52 reviews. 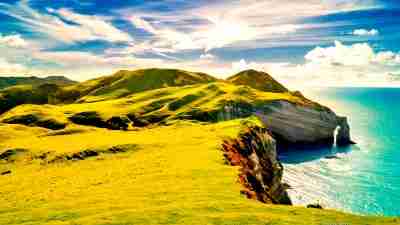 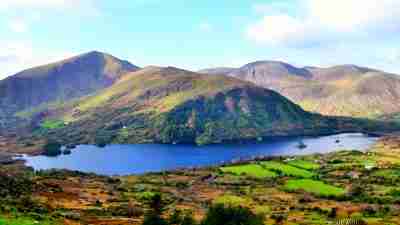 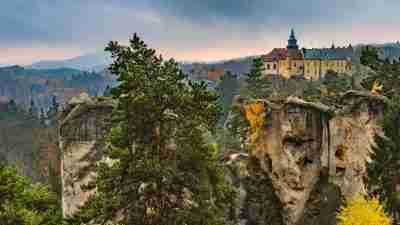 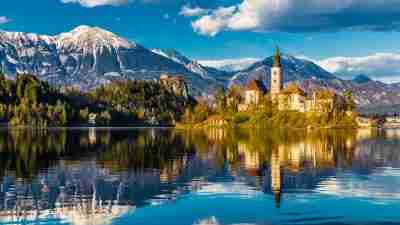 Price from £750
View trip Lakes and Valleys of Slovenian Alps