Covid Refund Guarantee | Where Can I Travel?

The scenic Ciro Trail is a unique bicycle route opened in 2017 that runs through the Dinaric Alps between Mostar in Bosnia and Herzegovina and Dubrovnik in Croatia. The cycle track follows the old Austro-Hungarian railway line built in the 1900s and closed in the 1970s. The trail is often described as an “open-air museum” because it passes through enchanting abandoned towns and the beautiful Vjetrenica caves.

The Central Dinaric Alps have been a natural border between the coastal towns of the Adriatic and highland trading cities and settlements along the Ottoman caravan routes to Istanbul. This is a moderate-grade self guided cycling tour on dedicated gravel cycle paths, secondary asphalt roads and some dirt roads. The trip is suitable for those interested in finding out more about the diverse cultural background of Bosnia and Herzegovina, Croatia and the Western Balkans.

The trail will take you deep into the mountains, passing small isolated settlements where the way of life has remained unchanged for centuries. Both on and off the bikes, you have an opportunity to explore the unique cultural heritage of the region. Some of the hotels along the route are made from converted railway stations, and other attractions include The Old Bridge in Mostar, the Roman ruins of Mogorjelo, the Orthodox Church in Zitomislici and the Nature Park Hutovo Blato.

Arrival on your own in Sarajevo. Depending on the time of your arrival you will have the rest of the day for exploring the numerous cultural riches of the city.

On your first day, you’ll follow a path from Sarajevo to Igman and Bjelašnica Mountain, the site of the men’s downhill and ski jump during the 1984 Olympic Winter Games. You will cycle along the route over Igman connecting Sarajevo to the outside world during the war in the 90’s. Overnight in Umoljani.

Starting from Umoljani village, today you go through Bjelašnica and Visočica mountain ranges to Boračko lake, following the Caravan trading route used during the Ottoman era. The gentle asphalt road will soon give way to a more challenging and steep road on a stretch between the Bjelašnica and Visočica Massifs through the heart of the Visočica Range. You pass medieval tombstones and monuments of Bosnia’s turbulent history, reminders of what once was a mighty kingdom stretching all the way to the Dalmatian coast.

You start the morning and warm up your legs with a strenuous climb out of Boračko Lake and then a spectacular ride across the Prenj mountain range. This is a challenging ride with switchbacks and climbing on a mix of gravel and secondary asphalt roads.

Today’s ride starts in Mostar and ends in the town of Capljina. At the beginning, you can stop at Blagaj visiting the spring of Buna river and a 600-year old historical tekke (a Dervish monastery), uniquely perched on a 200 metre-high cliff that overlooks the entire area.

Today’s ride along the Ciro Trail will take you on a gravel path along vast fields and mounting beautiful old railway bridges, through the Hutovo Blato nature park. During the day you will be able to stop at various viewpoints and old railway stations: Capljina – Roman Villa Rustica – Ciro station Brstanica – Ciro station Ravno – Ciro station Zavala. In Zavala, you have the opportunity to visit one of the biggest speleological sights in Bosnia and Herzegovina, the Vjetrenica Cave. Another place of interest is the XVI century Christian Orthodox Monastery of Zavala.

You begin your ride along Popovo fields, an area that was flooded regularly in the past and as a result, most of the old villages today are located up on the sides of the dry limestone mountains and ridges. You will cycle along the old train tracks in direction of Ivanica Border Crossing. There is almost no traffic at all and the route is very enjoyable for riding. Overnight in Dubrovnik.

Departure on your own, or extra nights in Dubrovnik.

The accommodation on this tour is mostly in family-run pensions and small cosy 3* hotels. We have carefully hand-picked all places and regularly monitor their quality. We have tried to choose accommodations that offer friendly service, clean and comfortable rooms and local flavour.

Click to view our default hotels for this trip

This holiday is appropriate for experienced cyclists and requires a good level of fitness (read more about difficulty grades). You will cycle on average of 60 km per day, with an average daily elevation gain of 900 m. We will provide you with detailed road notes and maps, and you can call our 24/7 local assistance phone number anytime. More detailed info on route navigation will be included in your holiday information pack.

This trip is available between May and October. The flexibility of self guided holidays means that there are no fixed dates, and you can start your trip on any date in the season – so please indicate desired beginning date when booking. During the active season, the weather is normally pleasant and sunny. More rain is expected at the beginning and the end of the season, and it gets warmer during July and August.

Our recommended airports for this tour are Sarajevo (for arrival) and Dubrovnik (for departure). 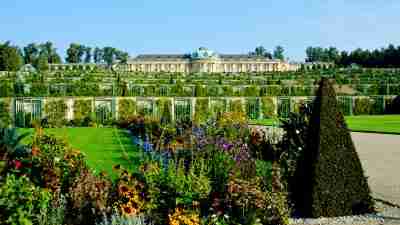 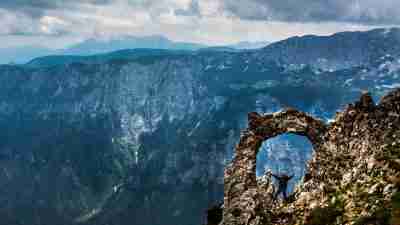 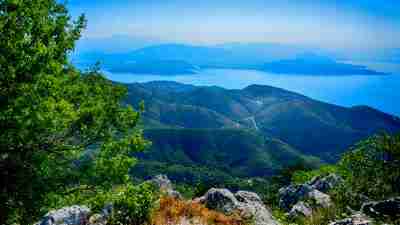