Our self guided walking holidays in Slovakia cover the area of the High Tatras, Slovakia’s highest mountain range which is the first official Slovakian National Park. The trips are filled with breathtaking views of the Tatra peaks and ridges. 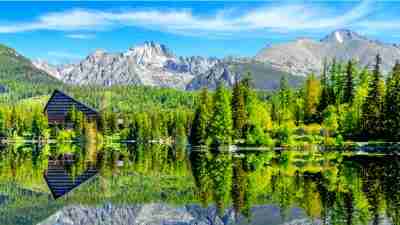 This easy to moderate walking holiday will let you explore at a leisurely pace the lakes and valleys of Slovakia’s highest mountain range. On your route, you may encounter chamois, the symbol of the High Tatras. Finish your trip at Spisska Nova with some walking in the beautiful Slovak Paradise national park. 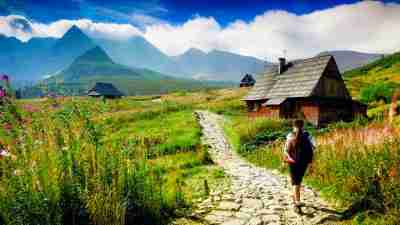 Where Do our Walking Holidays in Slovakia Take Place?

Our Slovakia walking holidays let you explore Slovakia’s highest mountain system, which is also the first Slovak national park established in 1949. The High Tatras are a mountain range along the border of northern Slovakia in the Prešov Region, and southern Poland in the Lesser Poland Voivodeship. The major part and all the highest peaks of the mountains are situated in Slovakia.

The highest peak is Gerlachovský štít, at 2,655 metres. The High Tatras, having 29 peaks over 2,500 metres are, with the Southern Carpathians, the only mountain ranges with an alpine character and habitats in the entire 1,200 kilometres length of the Carpathian Mountains system.

Many rare and endemic animals and plant species are native to the High Tatras. They include the Tatras’ endemic goat-antelope and critically endangered species, the Tatra chamois (Rupicapra rupicapra tatrica). Predators include Eurasian brown bear, Eurasian lynx, marten, wolf and fox. The Alpine marmot is common in the range.

List of our Self Guided Walking Holidays in Slovakia