Our Poland self guided walking holidays include the popular hiking area of the Carpathian Mountains between Krakow and Slovakia (the High Tatras), as well as the lesser known Bieszczady Mountains (Eastern Carpathians). 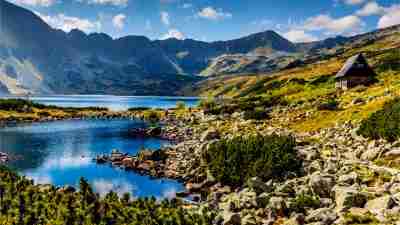 This itinerary runs through villages and towns located in picturesque valleys and dales. Most of the route follows the Dunajec – a beautiful mountain river. You will get the opportunity to visit two National Parks and three UNESCO world heritage sites, including the great Kraków. You will walk on forested trails and optionally summit some of the highest peaks in the area. 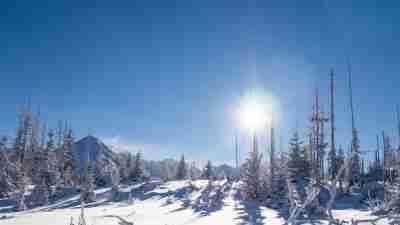 This self guided snow walking holiday is set in the unspoilt winter scenery of the Eastern Carpathians. Bieszczady Mountains remain one of eastern Europe’s last hidden gems. On the snow one can observe tracks of wild animals like lynx or European bison. Overnight stays are in cozy family-owned B&Bs, some of them with spa facilities. 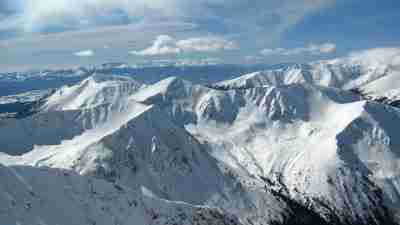 This self guided snow walking holiday is set in the pristine winter scenery of the most impressive parts of the Carpathian mountains. The hikes run past broad meadows, clear streams and glacial lakes of the Tatras. Nights are spent in comfortable, cosy spa hotels. Start and end in Krakow.

Where Do our Walking Holidays in Poland Take Place?

Our Poland walking holidays include the High Tatras (part of the Carpathian Range), the highlands near Krakow, and the lesser visited but beautiful Bieszczady Mountains (Eastern Carpathians).

Poland and its southern neighbour Slovakia are separated by the mighty Carpathian Mountains, of which the highest part are the Tatras. At their foot lie several historical regions, among them the colourful Podhale and Spisz. Located south of Krakow the region is inhabited by Gorale – highlanders, an ethnic group of independent culture and dialect.

Bieszczady Mountains remain one of eastern Europe’s last hidden gems with a remarkable history and unspoilt nature. This wild range has been heavily depopulated after the Second World War when Polish communist government decided to expel the entire Ukrainian speaking population. There you can spot wild animals like lynx or European bison.

List of our Self Guided Walking Holidays in Poland