It’s hard to avoid ‘clichés’ when it comes to France tours – they invented the word after all.

However, the word cliché actually comes from the verb ‘to click’ in French and, one of the reasons that France is the most visited country in the world, is because something clicks for everyone here.
Walking holidays in France are as plentiful and pretty as Parisienne patisseries. Trekking treats include the ancient shepherds’ trails of Provence, opening up natural nirvanas such as Verdon Gorge or Calanques National Parks. Walking holidays in the Pyrennees are for those who want a daily shot of joie de vivre, and the wilds of Corsica are an antidote to any cliché.
On cycling tours in France, you can push and pedal your way through an Alpine paradise or saunter gently from châteaux to coast. With some of the world’s finest cycling routes, it merits one small cliché – Allez la France! 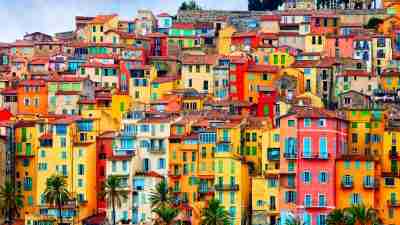 Price from £780
View trip Corsica: Walking from the Mountains to the Sea 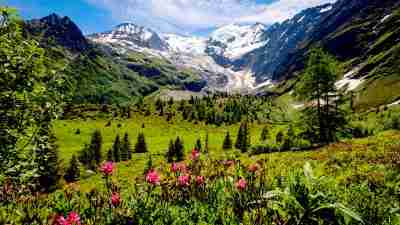 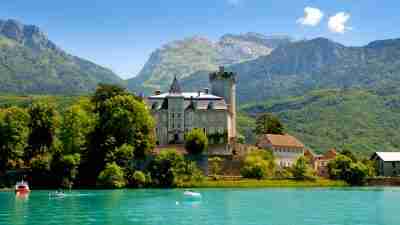 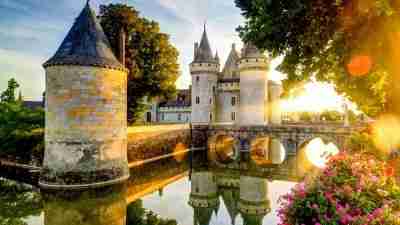 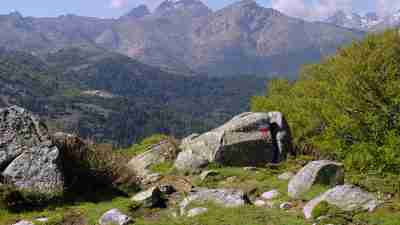 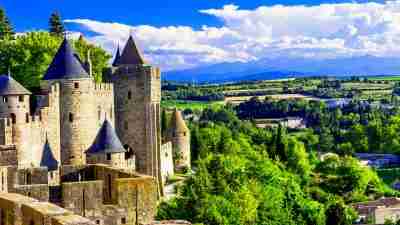 Where to go on holiday in France

Provence is almost greedy in its gorgeousness, and yet it just keeps giving. From walking trails through ancient Luberon villages, to cycling tours in the Camargue, this region that stretches from the Alps to the Mediterranean has been immortalised by greats such as Cezanne and Van Gogh. Toast Provence’s fine natural heritage in the Côtes-du-Rhône vineyards, shake off winter blues on a springtime walking tour in Les Calanques, or bring your summer walking season to a colossal close in the Verdon Gorge.

Known as the TMB for short, it does not actually conquer the great peak but circumnavigates it instead. One of the world’s most celebrated long-distance walking trails, although it starts and ends in France, it’s actually a multinational massif, inviting you into Switzerland and Italy en route. Whether you stay in mountain huts or hotels, camp it or chalet it, the TMB is a natural adventure ‘extraordinaire’.

Corsica is, in many ways, like a natural kingdom all of its own, its colossal peaks towering over the Mediterranean, 170km from the French mainland. Walking holidays in Corsica hone in on the island’s GR20 trail, which takes both training and a good head for heights. You are rewarded with some of France’s most exquisite elevated landscapes, such as the route between Vizzavona to Calvi on the north coast where you have to really work out to bliss out.

The pinnacle of France tours for many, the Pyrenees are topped and tailed by contrasting Atlantic and Mediterranean seascapes. Walking in the Pyrennees National Park takes in sections of the GR10 trail, revealing greats such as the Cirque de Gavarnie vast natural amphitheatre, solitary lakelands and views of Vignemale, the highest French Pyrenean summit (3298m). Cycling tours in the Pyrenees push even the most experienced cyclists up challenging Tour de France cols, to be rewarded with downhill gorges, spa towns and lakelands.

Things to do in France