Skip to content
Our travellers rate our England holidays as 4.9/5 based on 43 reviews.

When you walk along the historic wonders of Hadrian’s Wall, or down a Cotswoldian valley where an ancient inn, local ale and roaring fire await, you realise that England’s ups and downs don’t always have to refer to its political upheavals. Its uplands and lowlands both proffer something very special and, being so accessible from its towns and cities, walking holidays in England are often just a heartbeat away.
With more and more people seeking to unplug and have a digital detox these days, active England tours are also helping them escape the noise. Once our walkers hit the likes of the magnificent Coast to Coast Path and its three national parks, or the South West Coast Path with its plethora of peninsulas, cliffs and coves, they see not only England’s fine natural heritage but also an array of welcoming communities committed to sustainability, biodiversity and, ultimately, tranquility. 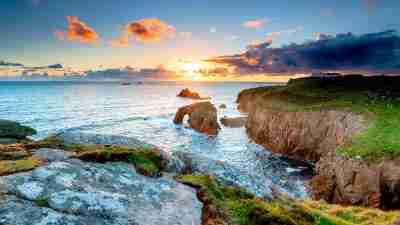 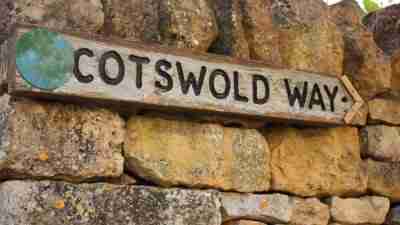 Walking Holidays in the Cotswolds Where to go on holiday in England

Unlike the Coast to Coast Path, people usually walk Hadrian’s Wall Path from east to west, starting in Newcastle on the North Sea and completing their Roman ramble of 135km in Solway on the Irish Sea. Also a UNESCO site, walking Hadrian’s Wall Path is a journey not only to historic sites such as Vindolanda and Housesteads Roman forts but also through natural triumphs such as Northumberland National Park. One of the final stretches is walking along the River Eden into Carlisle, the ancient city just 13km south of the Scottish border.

Walk the wilder spots of the ‘wolds’, meaning gentle hill in ancient English, or wander through some of their prettiest market towns and villages on a Cotswoldian circuit starting and ending in Bath. Whichever way you choose to walk in the Cotswolds, walking holidays in England don’t get more quintessentially English than these. The iconic honey-coloured architecture, flower-filled meadows and fecund markets are just some of the big Os that make up the Cotswolds Area of Outstanding Natural Beauty. The Cotswolds Way is the perfect way to seek out pastoral perfection, covering an undulating and undeniably charming 163km.

Traditionally walked west to east, the Coast to Coast Path leads you between the sandy stretches of St Bees on the Cumbrian Coast and Robin Hoods Bay at the foot of the North York Moors National Park. This is just one of three national parks that the colossal 293km Coast to Coast Path covers, the others being the Lake District, Yorkshire Dales and North York Moors. So although this is in no way a walk in just one park, you don’t need to be Bear Grylls to take on the challenge. Walk the whole thing gently in two weeks, or break it up into a west and east segment, staying in charming hotels and inns along the way, while having your luggage transferred for you.

This is a coastal spectacle on steroids, and also the UK’s longest walking trail at over 1,000km that clings to the coasts of Cornwall, Devon and Dorset. It’s a piñata of peninsulas, a celebration of coves and joined up thinking at its most joyous. The South West Coast Path is also one of the most outstanding walking holidays in England, with our self-guided tours taking you along three Cornwall segments of the Path. Take them on separately or combine all three for a bit of slow and sublime south western wanderlust.

Things to do in England