Skip to content
Our travellers rate our Denmark holidays as 4.6/5 based on 11 reviews.

There are mountain people and sea people and, with over four hundred islands, it’s not surprising that our Denmark tours attract a salty set. Zealand is the largest island, at just over 7,000km², and home to the capital city of Copenhagen. This is separated from Sweden by The Sound (Øresund) where, for top cycle touring, Denmark links seamlessly with its neighbour on an Øresund Strait circuit.
Denmark walking tours also offer seamless, seaside sojourns, one of our most popular being the North Sea Trail heading all the way up to Skagen, the country’s northernmost tip on Jutland. Head even further north to the Danish Faroe Islands, between the Norwegian Sea and the North Atlantic, for some colossal coastal walking. Or, for calmer island idylls, take a cycling tour around the east of Jutland. You can’t really escape water in Denmark – even if you head inland you’ll hit the luscious lake district of Søhøjlandet. It’s a country to just simply immerse yourself in and go with the flow. 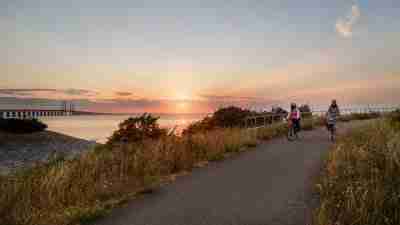 Price from £1,080
View trip Cycling in Sweden and Denmark: The Öresund Strait Circuit 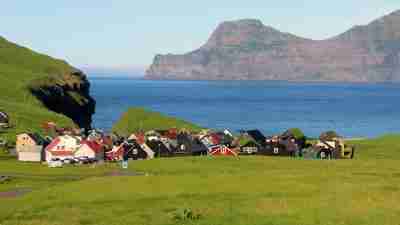 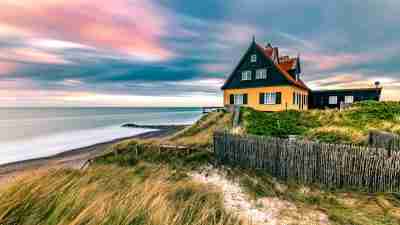 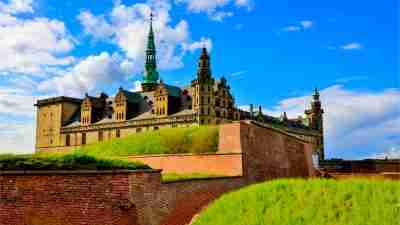 Price from £890
View trip Walking the Fairytale Castles of Denmark 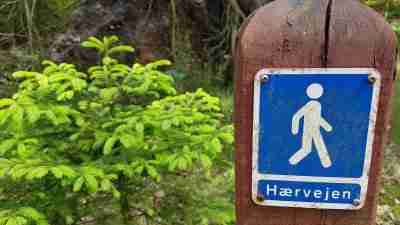 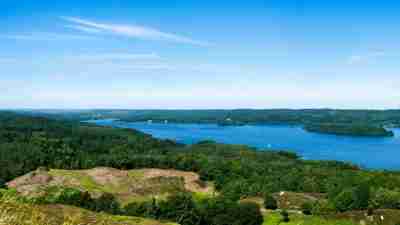 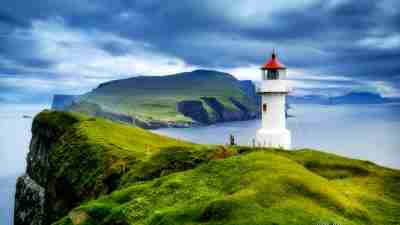 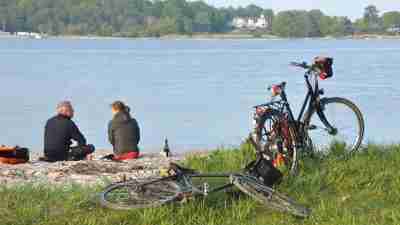 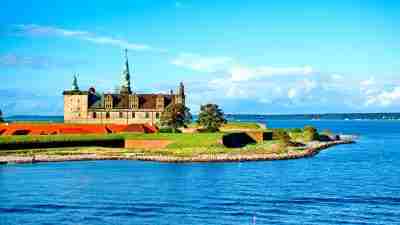 Price from £865
View trip Cycling the Fairytale Castles of Denmark

Where to go on holiday in Denmark

The Øresund or Öresund Strait is a body of water that separates Denmark and Sweden, adjoined by the Øresund (road and rail) Bridge, made famous by the worldwide TV series hit, The Bridge. Cycling around the Øresund Strait is far from a world of Scandi noir however, as you will discover on this seven day tour around both countries. Ride alongside sandy beaches, waterfront villages or the Jaegersborg Dyrehave deer park, all in Denmark, as well as harbour villages like Barsebäckshamn and the island of Van in Sweden. And yes, you do get to go on ‘The Bridge’, putting your bike on board the train that crosses one of the longest bridges in Europe.

Our Denmark walking tours also extend further afield to the Faroe Islands, which are part of the Danish Kingdom. The Faroe archipelago is made up of 18 volcanic islands, emerging from the depths of the Norwegian Sea between Scotland and Iceland. A Faroe Islands short break walking holiday is a wild and wonderful introduction to the natural heritage of this remote spot, basing yourself on Eysturoy, the second largest island. The Faroes are a revelation for many newbies, whether it’s the small, remote communities such as in Gjógv, located on a natural harbour enveloped by mountains, including the archipelago’s highest, Slættaratindur at 882m, or the world renowned bird watching at Vestmanna Bird Cliffs (accessible on our longer eight day Faroes trip). Our Faroe Islands walking holidays include a car rental, so that you can navigate the islands easily.

Even on an inland walking holiday in Denmark, you’re never far from water, such as in the Silkeborg Lake District which boasts over 200km2 of fifty lakes and forest. Jutland’s lakelands are also Denmark’s most elevated terrain, although that is not saying much given that one of the highest hiking points is to the top of Himmelbjerget, at 147m. This is just high enough to take in the beauty of it all, however. Silkeborg is dotted with delightful towns such as Silkeborg itself, Skanderborg and Ry. Your gentle walks also include a journey along the Trækstien, or towpath, along the Gudenåen, Denmark’s longest river, through lakefront forests and also to the popular bird reserve at Lake Sminge Sø.

The Danish capital is clean, green and the place to be seen. It’s also foodie heaven, cycling central and its colourful harbourside architecture and waterfront vibe is a perfect way to start a holiday. It’s a great jumping off point for some of our Denmark walking tours too, such as to the Fairytale Castles and, although our cycling tour around the Øresund Strait starts in Malmö, you cycle through Copenhagen en route. We recommend taking a canal boat trip from Nyhavn harbour, visiting the 17th century Rundetårn observatory tower, and the stunning Tivoli gardens. You can also cycle or walk out to Langelinje to see The Little Mermaid statue.

Aarhus is the second largest city in Denmark, on Jutland, and it’s an energetic one too, with a lively university scene. Its airport and main railway station are also perfect for heading off on our similarly energetic and uplifting walking holidays and cycle touring, Denmark’s Jutland peninsula and lakelands proffering the prettiest of outdoor adventures. Do take time in Aarhus itself, wander around the Old Town, with its fine array of traditional architecture, and set time aside for its fantastic museums such ARoS for contemporary art or the Moesgaard Museum which focuses on prehistory inside a fantastically modern work of architecture.

Things to do in Denmark